Perhaps surprisingly considering the bi-polar reputation of Belfast is a long-standing Jewish community, first arriving from Germany in the mid-19th century. (As legend has it, for later diaspora, many got off the boats thinking they’d already arrived in New York…).

In the mid-60s, there was a bold commissioning of the modernist architect Eugene Rosenberg to build a contemporary synagogue. Framed by the unadorned walls, the angular forms of the vaulted ceiling mould the drizzle-drenched skies into soft, poetic facets of light. Rosenberg was also one of the rare and pioneering architects of the 20th century to commission the very best contemporary artists of the period, such as Henry Moore and Naum Gabo, to create site specific artworks for the spaces. Unlike many architects who felt that works of art were a distraction from the building itself, Rosenberg believed that art was part of the enjoyment of everyday life and that all buildings – schools, hospitals, airports and community centres – provided perfect spaces in which to house art and sculpture, “…the bond between contemporary art and architecture is not easy to define, but I believe they are complementary – that architecture is enriched by art and that art has something to gain from its architectural setting.” Consequently the sculptor and ceramicist Nehemia Azaz was appointed to create the Ark, which forms the centrepiece of both the space and service. Azaz’s letterforms dance from the wall and on the doors of the scrolls, a far cry from the more traditional vernacular of frowning dark curls of ancient script.

So, tucked away in these suburban streets of north Belfast, we find this modest art and architectural gem. A 60s, brutalist feel with raw, textured concrete and burnt-caramel timber varnishes. The tea urn undoubtedly dates from this era too. 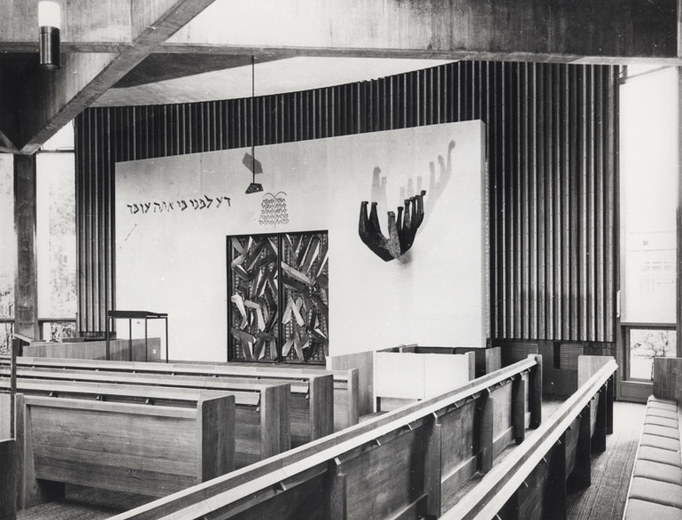 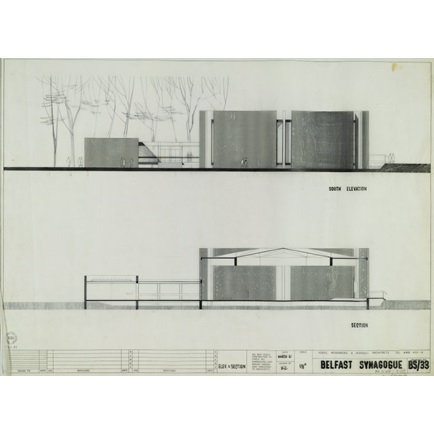 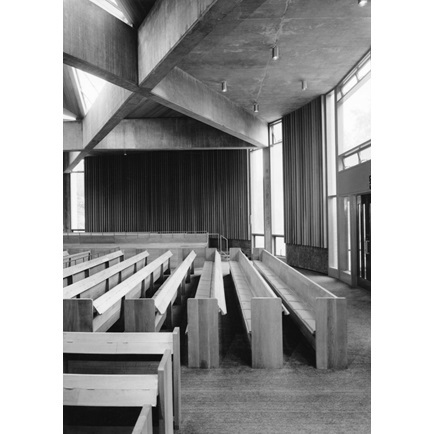 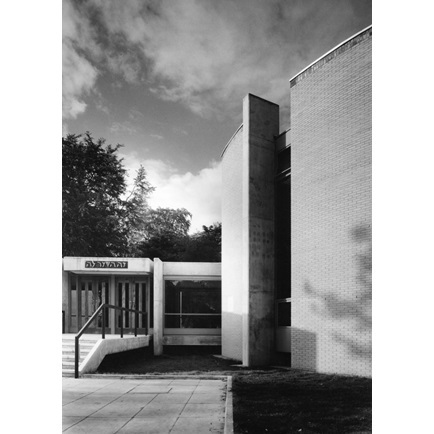 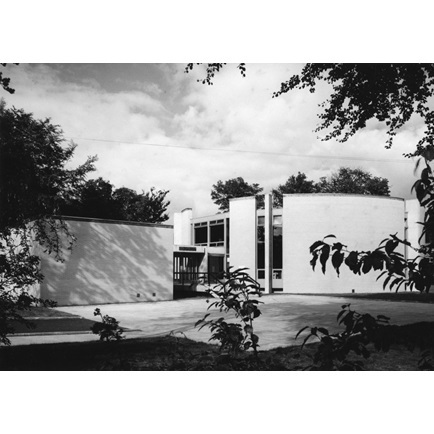 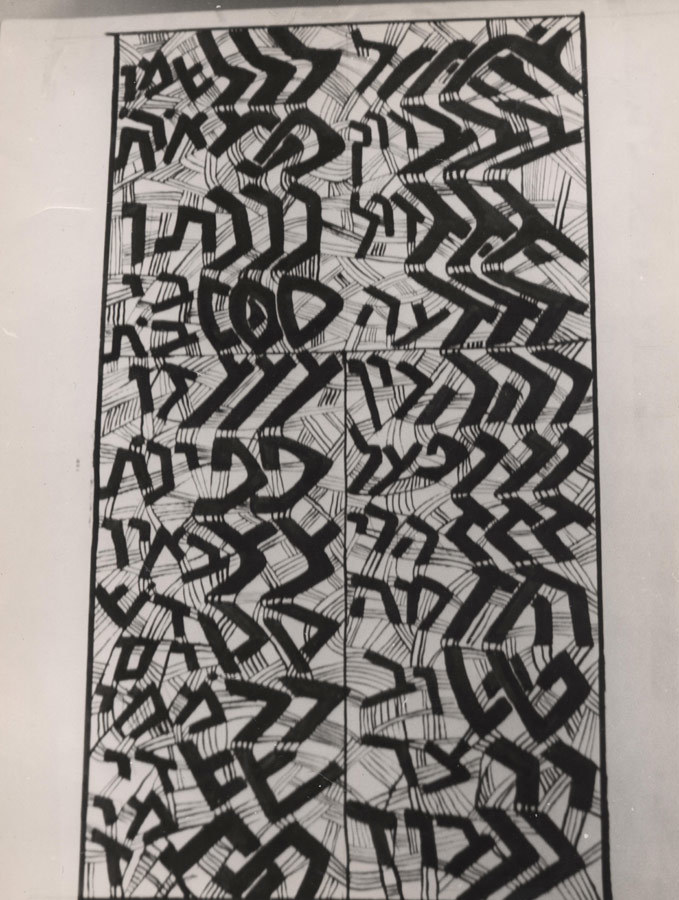